Singapore is a lovely, unique country. With strict laws, the city remains clean and uninhibited by crime. Regular high GDP allows the country to pump money into some really wonderful sights. We spent a day and a half there, so here are the highlights of what we did during the day.

The Botanic Gardens in Singapore is home to a large array of tropical forest. The paved paths and well preserved plant life make for a very pleasant stroll. You could see hundreds of different types of plants. The various gardens throughout provide signs indicating uses for plants. This was very interesting to read about, especially in the Healing Garden which showed the various healing qualities of plants. It was very calming to walk through the gardens and view the plants and wildlife. 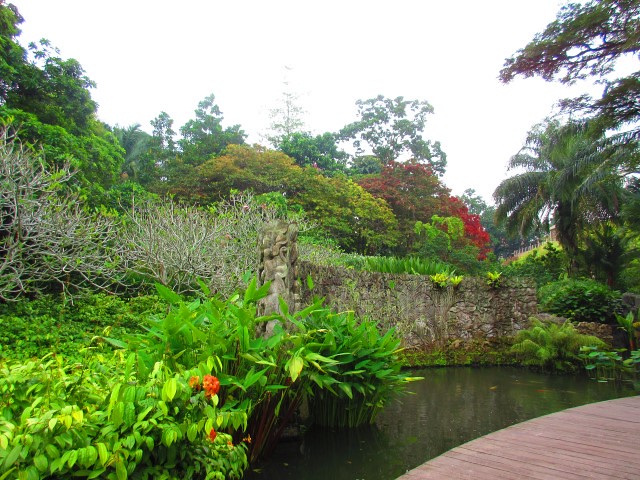 Walking Along the Path 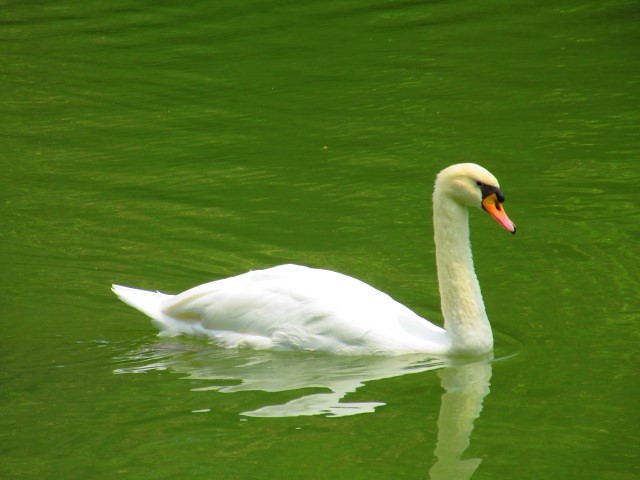 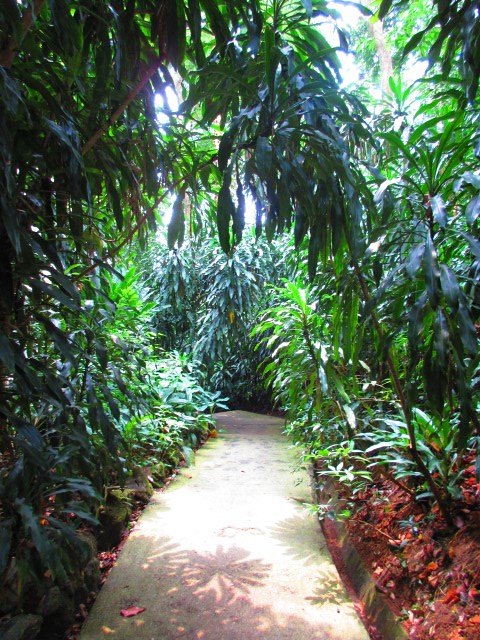 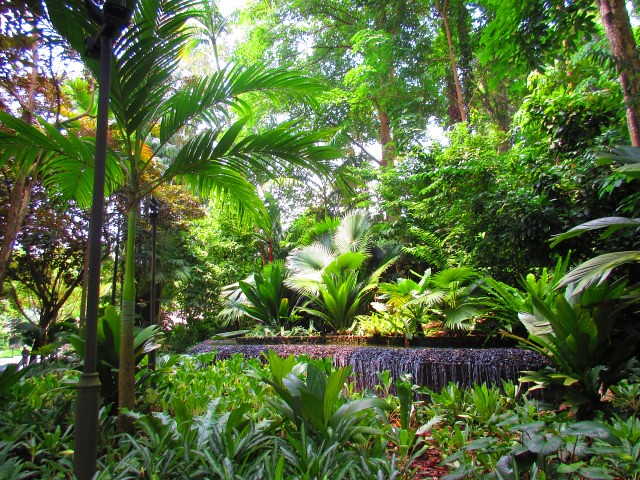 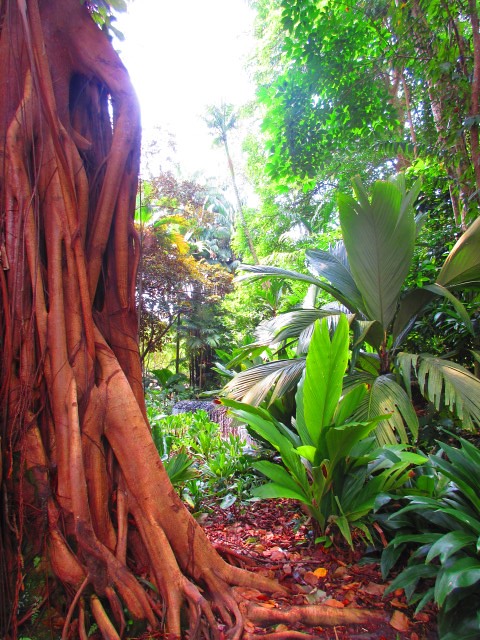 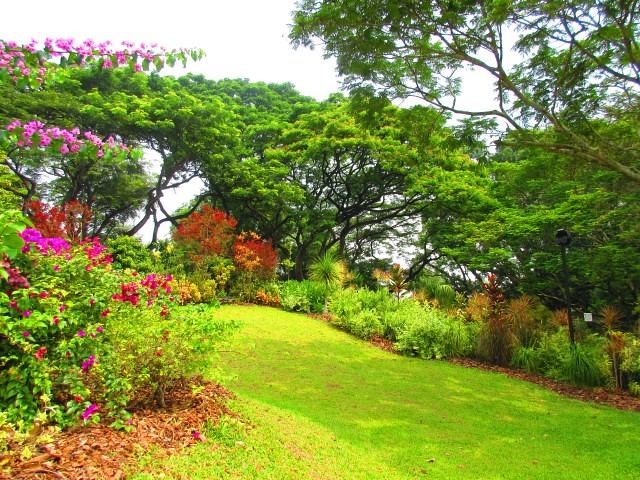 We stopped at a few hawker stalls for our meals in Singapore. The local dish is Hainanese Chicken and Rice, which is a chicken boiled in various meat stocks placed over rice with a super spicy chilli sauce. I also partook in some Char Kway Teow, which was my favorite dish from Penang in Malaysia. 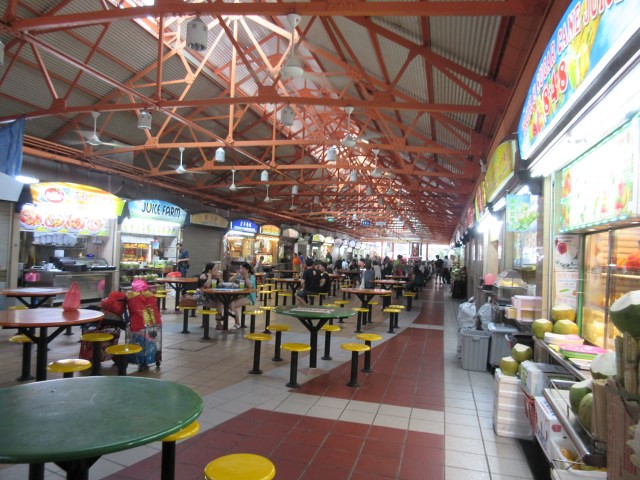 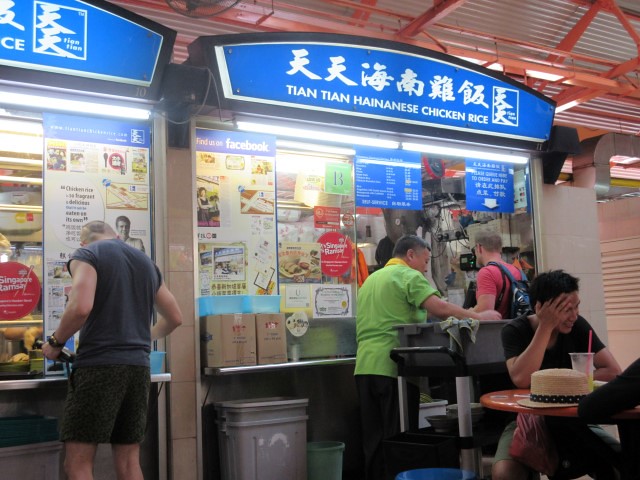 Have to Try the Local Dish 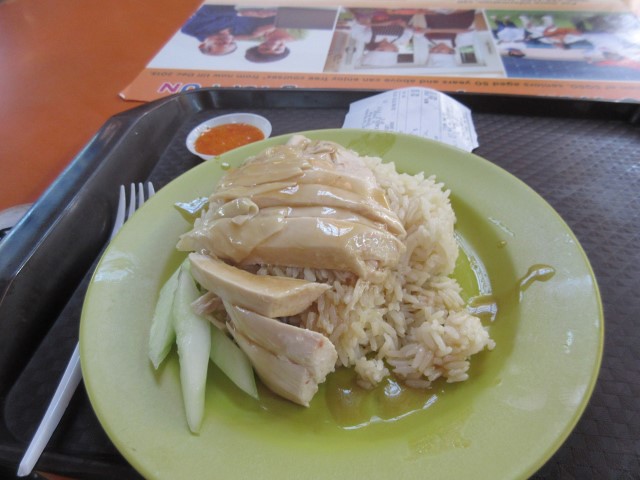 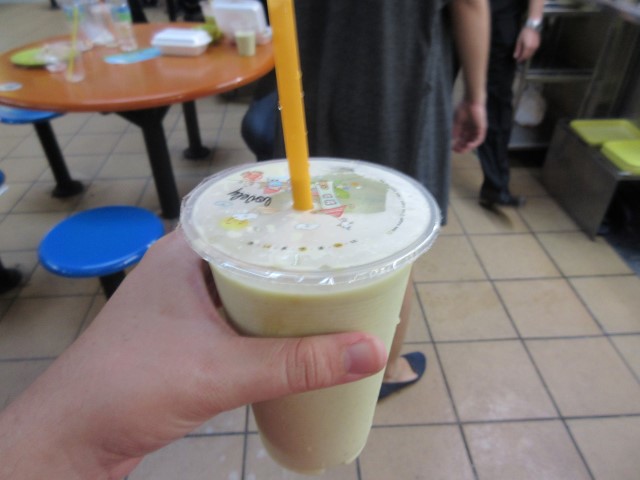 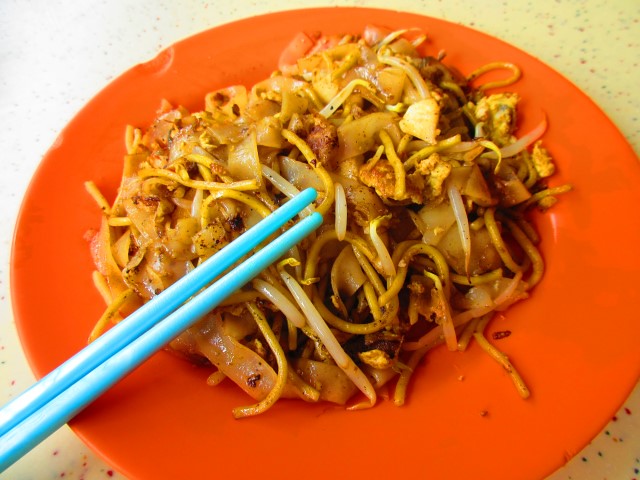 Had to Go For the Char Kway Teow Again 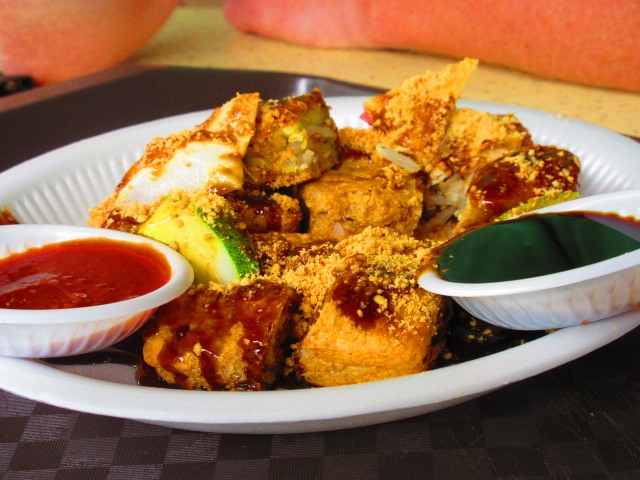 We walked through Chinatown which was relatively calm. There were many souvenir stalls and restaurants. We found the Buddha Tooth Relic Temple (yes that’s the actual name). As you can probably guess, it’s advertised to have one of Buddha’s actual teeth. There are thousands and thousands of Buddha relics on the walls of the temple. The top floor features a sky garden with a Buddhist prayer wheel. It was a very beautiful and interesting building. 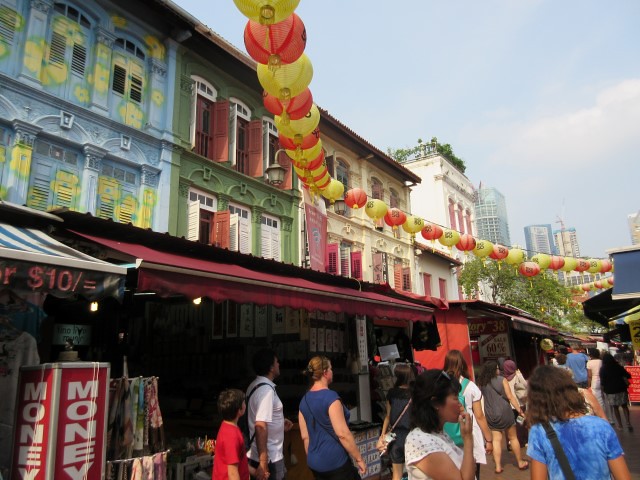 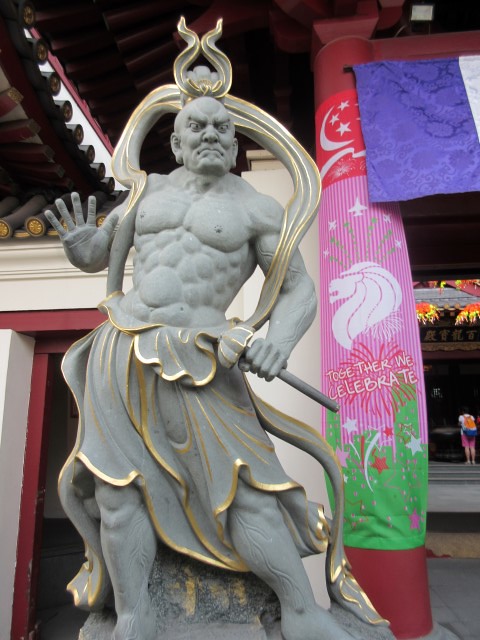 Outside the Buddha Tooth Relic Temple 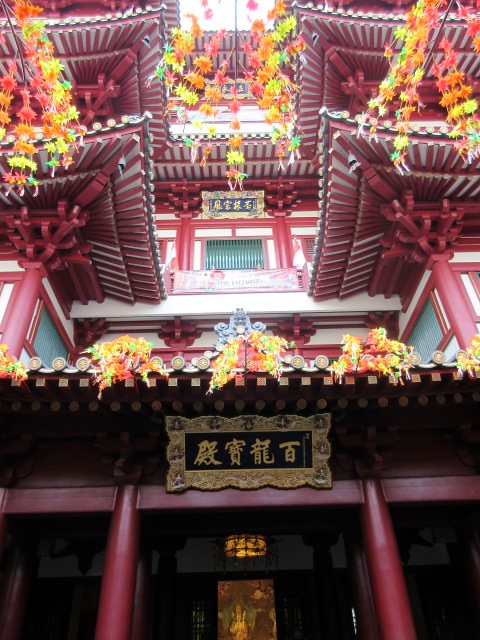 The Outside of the Temple 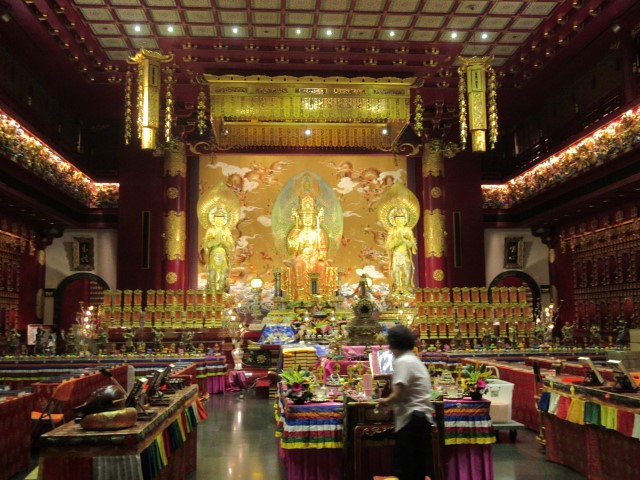 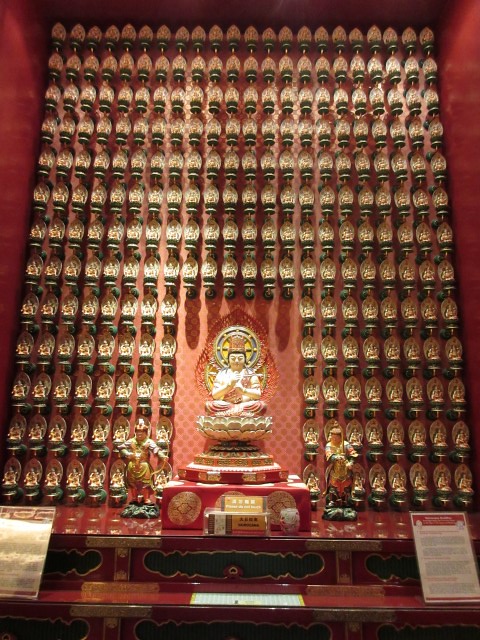 The Walls Were Lined With Figurines 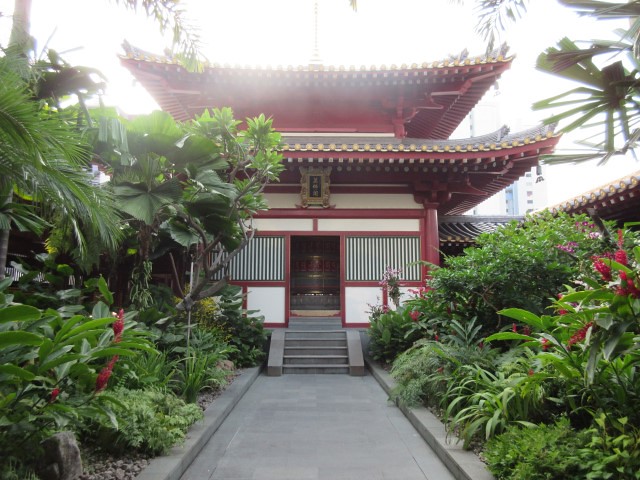 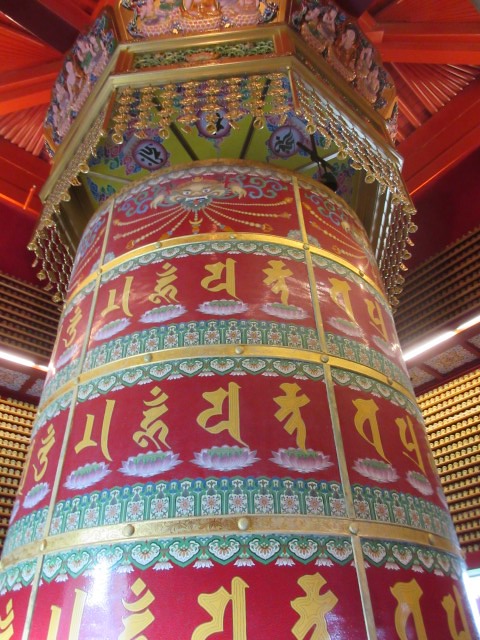 Marina Bay During the day, the most interesting part of the bay is the odd looking Merlion. Half mermaid, half lion, fully weird. It shoots water out of it’s mouth into the bay. It’s quite the spectacle. There is also the world’s largest ferris wheel. I had heard it takes 4 hours to get around! The massive high-rise buildings and historic Fullerton Hotel are also pretty wonderful to see. At night, though, it really is something special. 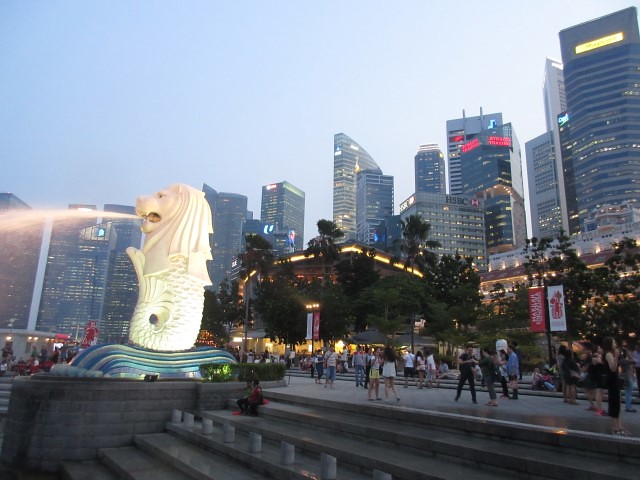 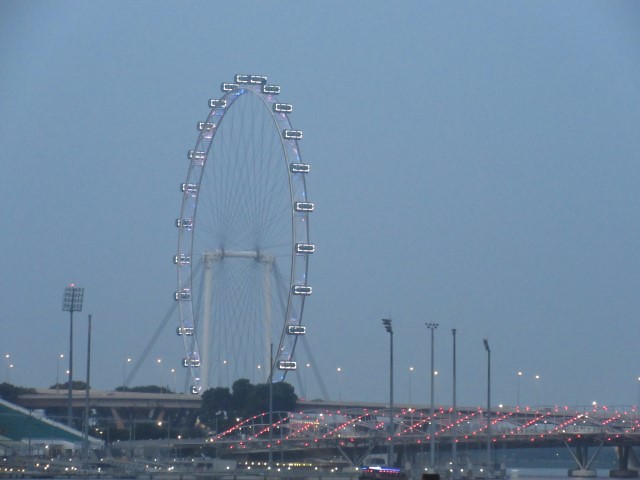 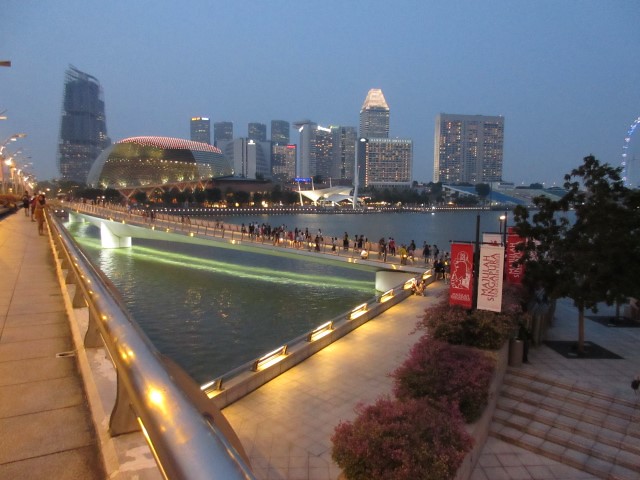 The Bay in the Evening 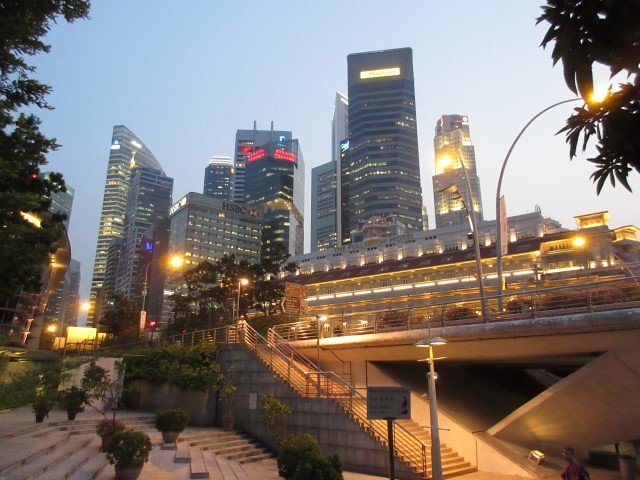 View of the Skyline and the Fullerton Hotel 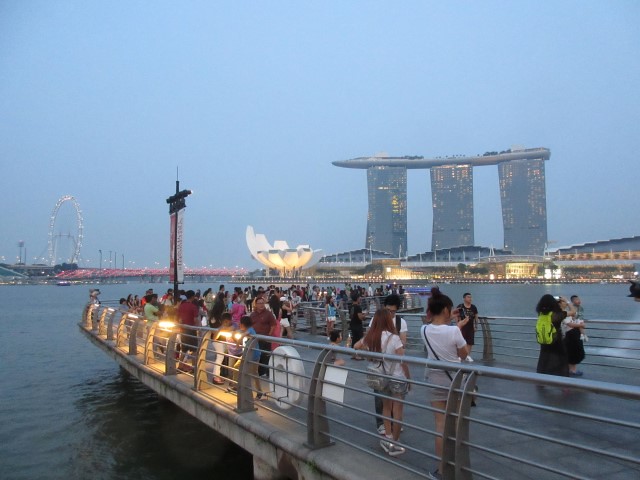 While not usually one for walking around cities, I really did enjoy seeing Singapore. The metro system was so slick and comparable to Seoul. There was plenty to see and it was pleasant to walk around nice clean streets. A quick stopover in Singapore is definitely worth it.