Before entering Malaysia, I had a preconceived notion that the country would be pretty sketchy. I didn’t have any specific evidence of this; but through some of the blogs I had read, it seemed that there would be some issues with the country’s infrastructure. Although politically there are many issues currently plaguing Malaysia, the average traveler is not very exposed to it. The Malaysian currency, the Ringgit, had dropped significantly in the weeks before we arrived. The US dollar was around 4 to 1 compared to the Ringgit. This made everything extremely cheap for us. The locals were sure to inform us of how much the Ringgit had dropped recently and they were understandably not very happy about it.

Corruption in business is also a major issue in Malaysia. In talking with locals, we learned that many of the farms, food stalls, and various construction projects were illegal. The beneficiaries of these profits have significant sway over the government and illegal business runs rampant. I had also read that nearly 60% country’s natural forest and landscape had been razed to put up palm plantations and make room for locals and tourists. It seemed like everywhere you looked, there was some building being added on to or area under construction making way for a high-rise. Due to the deforestation, flooding is a huge problem in Malaysia and there are illegal construction projects to dredge these areas that fill up faster than the water and soot can be removed. In many areas of the country, the locals will not even drink tap water. Some of the streams and rivers are filled with clothing and trash and pollution is an issue.

Energy consumption is also surprising. Due to the extreme heat, businesses blast their air conditioning with the doors open to draw tourists to come inside and shop. Although the cool air felt nice, it was difficult not to be conflicted about the lack of energy efficiency.

All of that being said, Malaysia does have a lot to offer in terms of tourism and beautiful sights. Nature lovers can find plenty to do in the country, and it is a safe and enjoyable place to travel. The country is buzzing with heavy traffic and fast zipping cars, buses, and motorbikes. Crosswalks are minimal, so just walking out into traffic with your hand down is about the best way to get across the street. It’s really amazing how well people drive, because even with driving pedal to the floor and quickly breaking, no one runs into each other.

I was impressed with what I did see of the country. The Cameron Highlands were easily my favorite place that I went to in Malaysia. Each area had its own personality and wonderful, kind people. In a week and a half we were able to travel to Kuala Lumpur, the Cameron Highlands, and Penang Island. We spent one day in KL, which was enough for us. It is a wonderful city for shopping and admiring the architecture, but it didn’t offer too much nature so we were relieved to be out of there. I’ll share a couple KL pictures here, but I’ll address Penang and Cameron Highlands in their own articles. 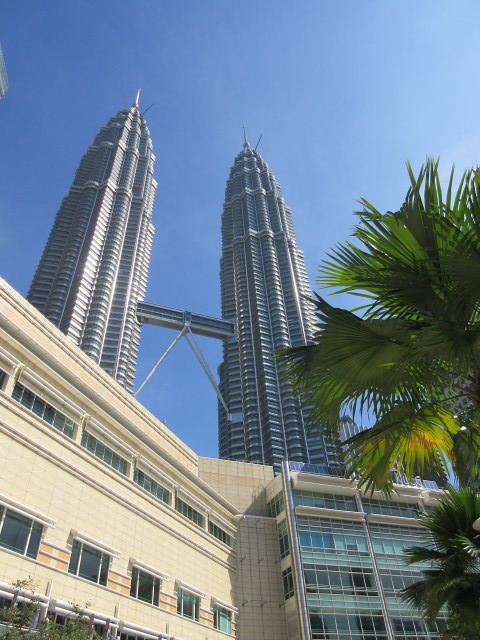 View from the base of the Petronas Towers, the tallest twin structures in the world 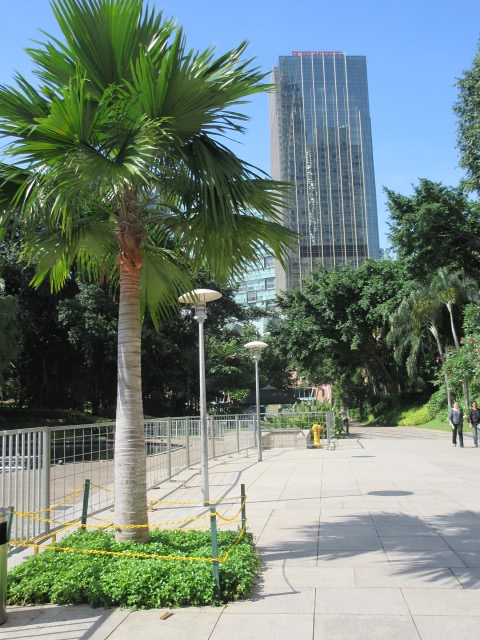 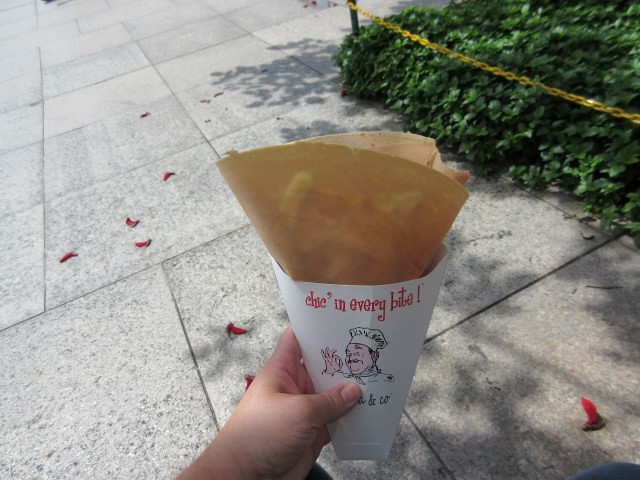 “Chic’-A-Cheese Crepe” – Basically a crepe with a hot dog on it, covered in mayo, with a little cheese. Not as appetizing as I’d imagined 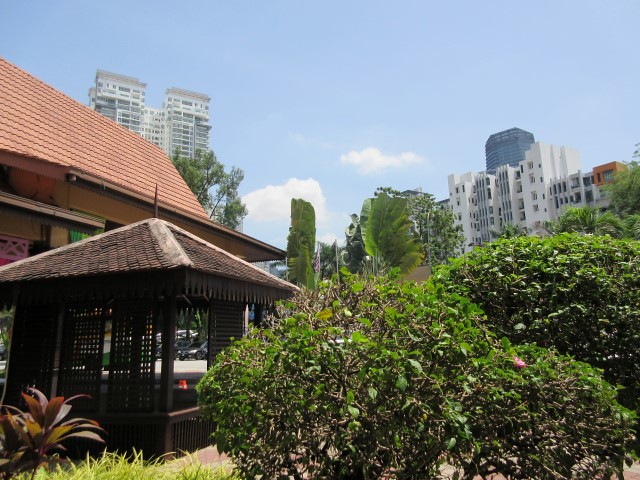 View from the arts and crafts village in KL 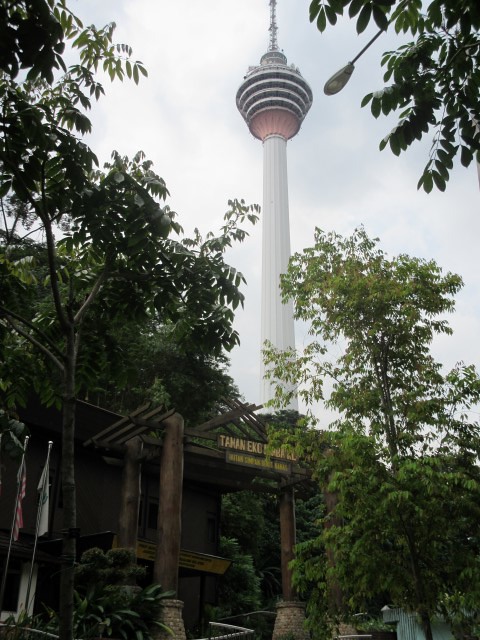 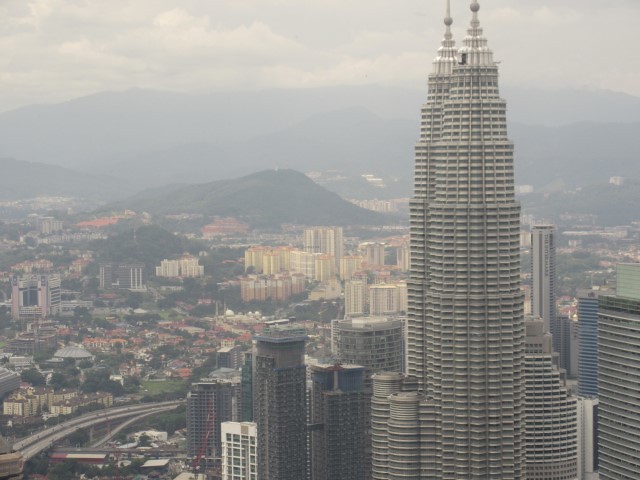 View of the Petronas Towers from the Menara Tower in KL 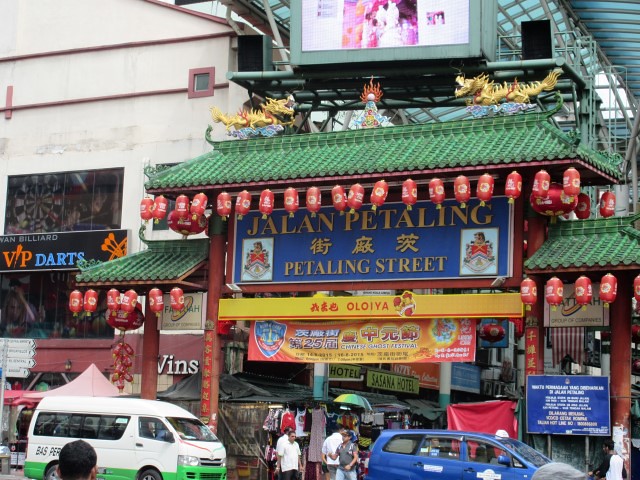 Outside of Chinatown Market 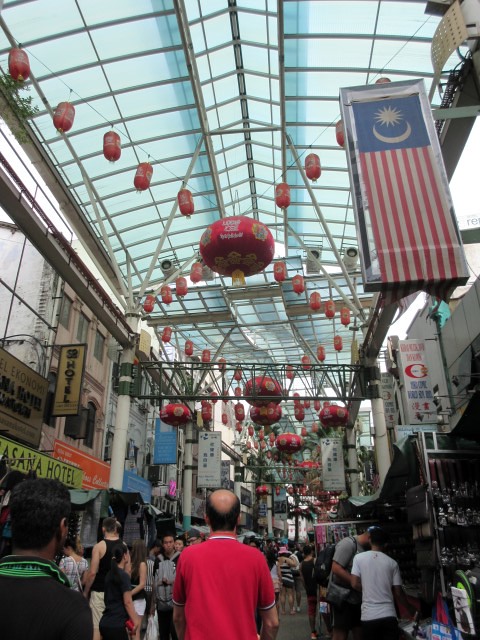 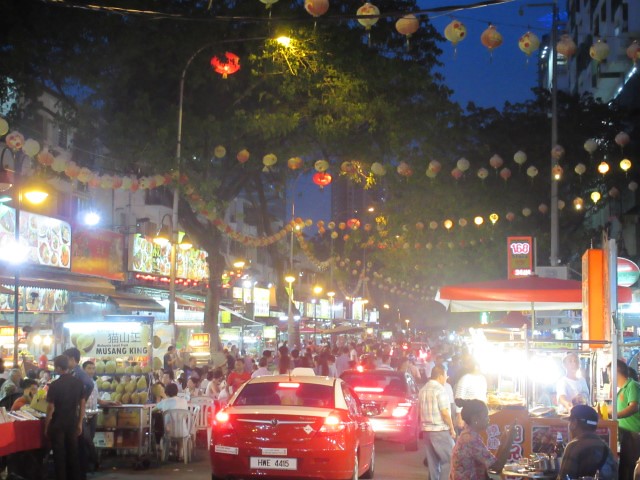 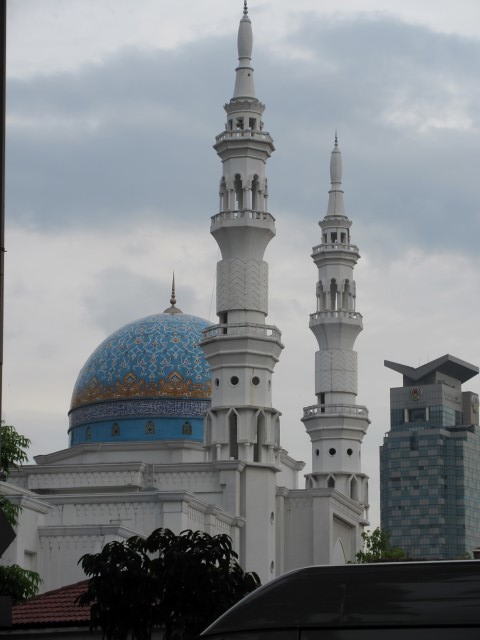 A large mosque in KL

The architecture of Kuala Lumpur was beautiful. On every corner some new magnificent structure was being built it seemed. The city just gave off a vibe of massive growth. I was glad to have been able to view some amazing structures and walk through the mish-mash of cultures.