While walking through downtown KL, one would think that the town had somewhat of a funky smell overall. It’s not something you could really pinpoint. It wasn’t a bad smell, just nothing familiar.

Before coming to Malaysia, I had been encouraged by a few people to “try the stinky fruit”. I wasn’t sure what they were talking about really, but I looked it up and saw that it was durian. I figured it just had a weird smell, but that it would probably taste sweet like most other fruits….wrong.

We came upon a durian stand and decided to give it a shot. 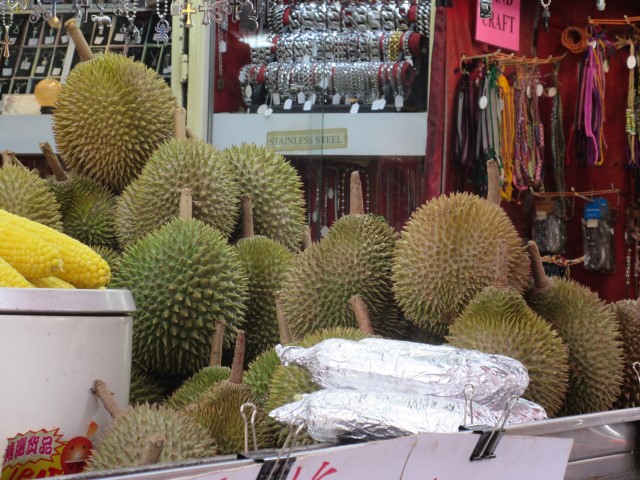 We were given a glove and a odd looking yellow thing. I wasn’t sure what the glove was for, probably to keep your hand from becoming messy (and later realized it was also to keep the stink off). 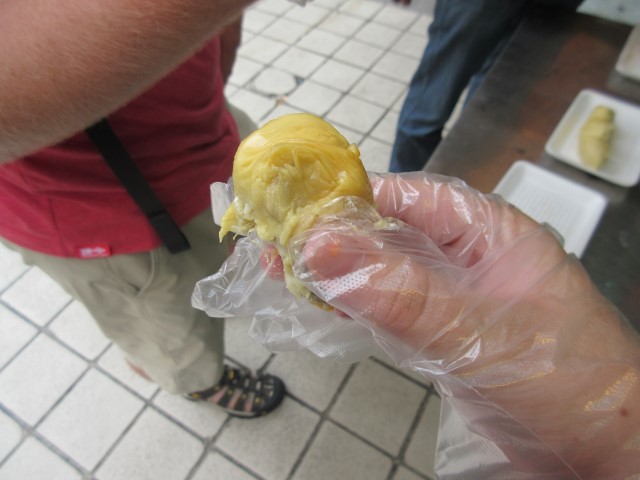 I dove right in and took a bite. The consistency was maybe kinda buttery and thick. The taste was savory. The first time it hit my tongue I thought to myself, “hmm… this is savory. I didn’t expect that. I kind of like it”. Upon further bites, that sentiment went away and I was struggling to finish it. After eating it we were trying to figure out how to describe the flavor. We ended up with “kind of like a pork gravy that went bad”. I don’t think I’d need to try it again. 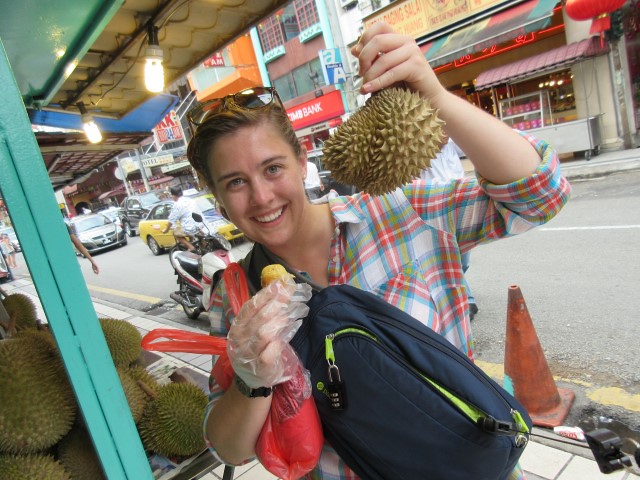 So eager and naive

The unfortunate part of eating the fruit was the lingering effects. That “funky” smell that the city had was really just the durian. Every time you passed it, the flavor would come back in your mouth. It was like reliving the whole experience over and over. I’m glad to have tried it, but my stomach has the same thought as many public places: 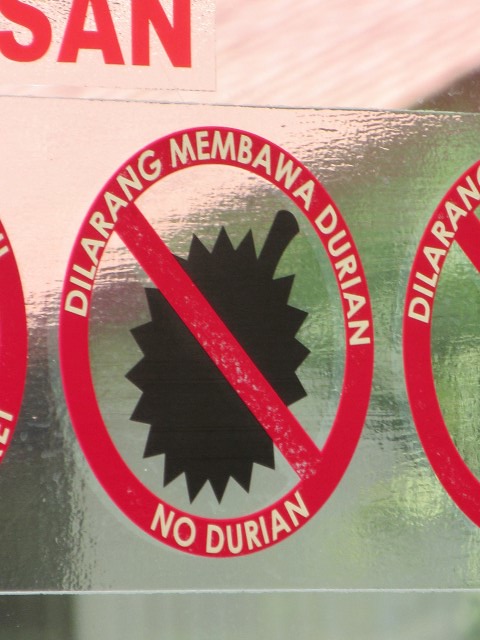